The Town's Capital Improvement Plan (CIP) highlights the major projects identified by the Town Commission and staff as needing to be completed over the next five years. The most common examples of capital projects, often referred to as infrastructure, include road, park and drainage improvements, sewer system upgrades, building maintenance or any other project involving either new construction or the expansion, renovation or replacement of existing Town structures or facilities.

Capital Improvement projects help keep the Town operating efficiently by either maintaining or improving the quality-of-life for Town residents, visitors and business owners. In Lauderdale-By-The-Sea, CIP projects can range in cost from $10,000 to several million dollars. All CIP projects are funded through the Town's Capital Improvement Plan Budget, which is approved by the Town Commission as part of its annual budget in September. A Capital Improvement project upgrades or creates a Town capital asset. A Public Works truck is considered a capital asset; so is a new building or structure, such as our downtown bathrooms. As such, they differ from a routine operating expense, such as paying a light bill or salaries for Town employees. 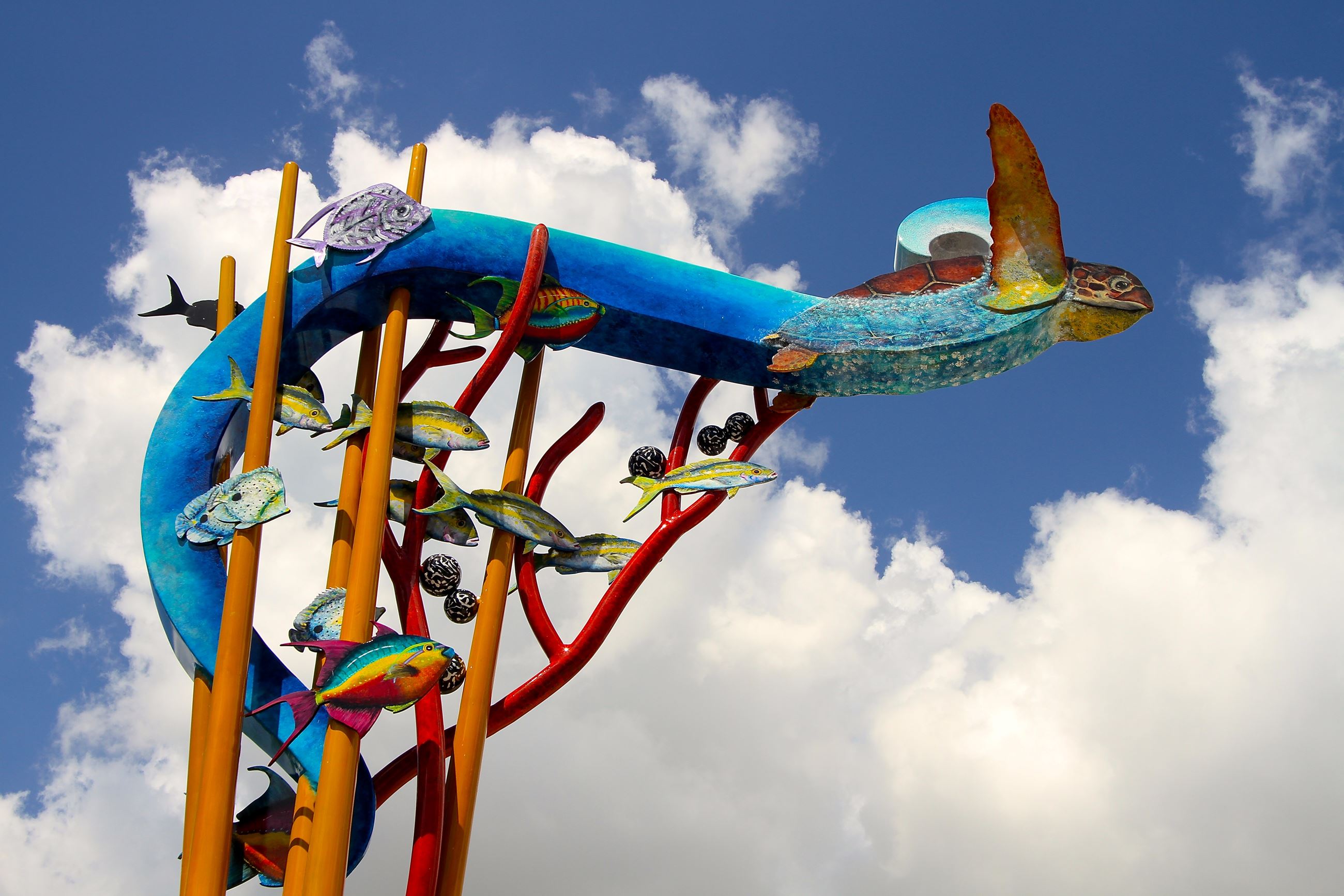 Perhaps the Town's biggest CIP project occurred in 2012, when the Town made significant plaza, drainage, parking and landscape improvements along Commercial Boulevard between the beach and the Intracoastal Waterway, including the 18-foot coral reef entryway sculpture (see photos). The $6 million award-winning streetscape project was credited with helping to revitalize Anglin's Square, our oceanfront entertainment district, as well as the business plazas west of  State Road A1A.