The Town of Lauderdale-By-The-Sea is one of the few communities in Florida with a living coral reef located within 100 yards of its beach. Our reefs provide valuable protection from hurricanes and critical habitat for tropical fish, sea turtles, lobsters, sea fans, corals and other marine life. Unfortunately, like many reefs worldwide, our coral reefs suffer from natural and man-made impacts. Protecting and expanding our near-shore reef habitat is an environmental priority for the Town. 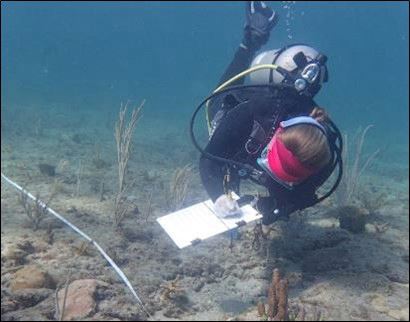 With that in mind, the Town entered into a 5-year partnership with Nova Southeastern University’s Coral Nursery Initiative in 2014 to out-pant staghorn coral (Acropora cervicornis) off the Town's coast. We renewed our successful partnership with NSU in 2018. Under this program, more than 4,000 staghorn coral fragments were planted off the Town by NSU marine biologists.

Here is the most recent NSU report on the program.

When the program began in 2014, only staghorn coral fragments from the NSU coral nursery off Fort Lauderdale were transplanted to the three designated sites off the Town: West Copenhagen, Staghorn City and South Commercial. Since then, NSU has collaborated with other universities and labs around the state. They were not only able to increase the genetic diversity of the new staghorn colonies off the Town, they were also able to out-plant other types of coral for further study. NSU has worked in conjunction with The Florida Aquarium, the University of Miami and Mote Marine Lab.

Lauderdale-By-The-Sea is the northernmost site on the planet for staghorn coral transplanting. We believe our partnership with NSU is unique. We know of no other municipality in Florida which has teamed up with a major university to help a threatened coral species recover. 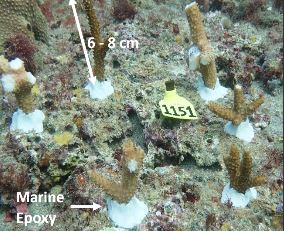 Our partnership with NSU has supported several Master’s theses and one Doctoral dissertation. It also supports an ongoing internship research project. The results from the Lauderdale-By-The-Sea out-planting efforts have also been submitted for an international scientific conference.

Staghorn corals are in severe decline and were listed as threatened in 2006 by the federal government. Our staghorn transplanting program will help improve the long-term sustainability of the species and provide valuable new habitat for marine life.